Russia about to launch super bridge to Crimea 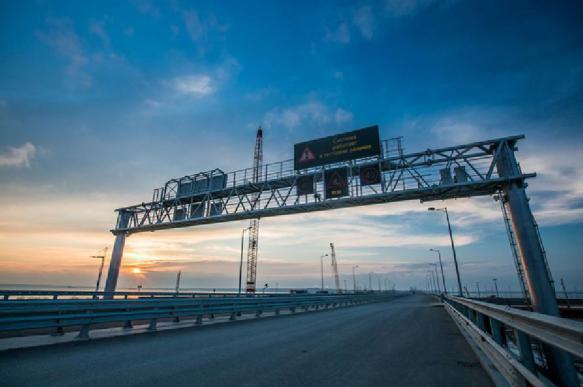 Russia is about to finish the construction of the bridge to the Crimea. The automotive part of the bridge has already been delivered to the customer.

The bridge is to be launched for automotive transport later this May. It was said that the works were carried out in accordance with required levels of quality, the established estimate and ahead of the contract period. The construction of the bridge has been completed in early May 2018 instead of December 2018.

Workers are currently installing road signs and safety systems while continuing the work on the railway part of the Crimean bridge.

The construction of the 19-kilometer long bridge consisting of parallel automobile and railway sections started in February 2016.