The General Staff of Ukraine considers a possibility to destroy the Kerch Bridge from mainland Russia to the Crimea. The bridge is half ready. Ukraine supposedly intends to destroy the bridge after its construction is completed, sources at special services told Politonline. 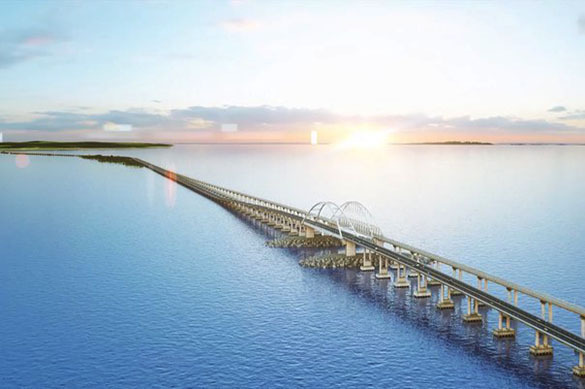 Ukraine considers several options for the purpose. They include a ram attack, exploding bridge supports underwater and exploding a vessel loaded with bombs underneath the bridge. A terrorist attack with the use of a car bomb on the bridge is also possible.

However, Russian special services assure that the level of security on the Kerch Bridge will be unprecedented.

While Ukrainians nurture ideas to destroy the bridge to the Crimea, foreign investors consider a new project - a tunnel to the Crimea underneath the Kerch Strait. The idea of building such a tunnel raised interest among Chinese businessmen.