Russia may revise trade agreements with USA in response to sanctions 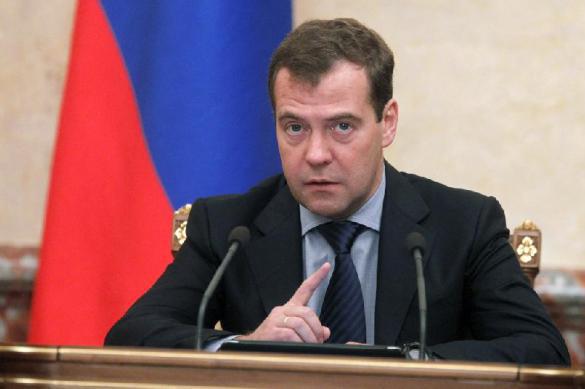 Russian Prime Minister Dmitry Medvedev said that Moscow did not consider the new sanctions that the United States imposed on the Russian Federation legitimate and reserved the right to retaliate.

On Friday, April 6, the United States imposed sanctions against a number of Russian businessmen and companies, as well as high-ranking Russian officials.

On Monday, April 9, the shares of many Russian companies and banks collapsed as a result of the sanctions.

dmitry medvedev sanctions against russia
16:26
Russian nuclear submarines already on duty off US coasts
15:24
Russia sends 20 warships to the Black Sea to contain NATO
14:13
Russia deploys Su-35 fighter jets, paratroopers and S-400 systems in Belarus
21:35
World War Three: What Russia can do to bury Ukraine and herself
19:00
Liz Truss, the epitome of Lite Western diplomacy
16:23
Russia to decide on the deployment of nuclear arms in Venezuela this week
16:01
Russia launches operational readiness check at southern military units
14:34
Russia and China hold joint naval exercises in Arabian Sea
12:17
Woman dives into ice-cold water to die before the eyes of her family
19:38
Russia unexpectedly scrambles Tu-95 strategic bomber aircraft
Health
Four mutants of the coronavirus