US Ambassador to Russia John Huntsman explained that the official statement about the expulsion of Russian diplomats was not postponed because of difficulties in coordinating actions of all countries. 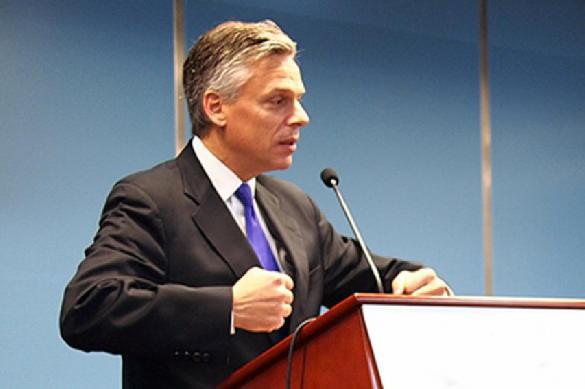 At the same time, John Huntsman expressed very deep and sincere condolences to families whose children and relatives died in the fire at the shopping center in Siberia.

Official representative of the Russian Foreign Ministry, Maria Zakharova, reproached the United States and other Western countries for announcing the expulsion of Russian diplomats the day when Russia was grieving over the death of so many children. According to her, civilised and decent people should have expressed sympathy and condolences to Russian citizens.