US Ambassador to Russia John Huntsman, speaking at a closed meeting with US lawmakers, said that Russia's position in the world was stronger than ever before. According to him, if the Kremlin tries to intervene in the US elections in 2018, it will put a cross on the Russian-American relations. 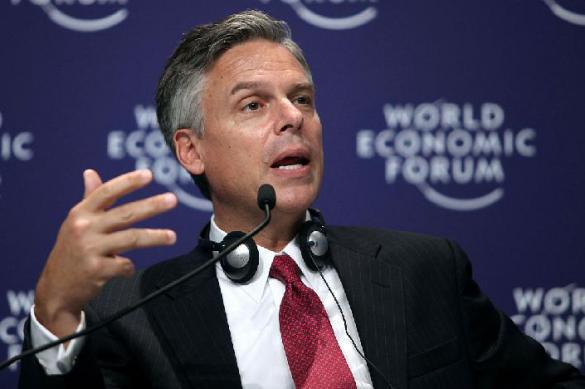 Huntsman spoke directly about Russia's interference in the US election in 2016, The Daily Beast wrote. He is concerned about the forthcoming elections of 2018, which will take place at a more local level.

The tone of Huntsman's speech at the meeting was radically different from the behaviour of Donald Trump, who defends Russia and refuses to admit Russia's role in those elections.

John Huntsman also said that he raises the issue of Russia's interference in US elections at all meetings with Russian officials. He also added that the Trump administration would impose sanctions on individuals and companies that conduct business with Russian intelligence and defence structures.

Huntsman did not deny that a new round of sanctions may cause additional tensions in the relationship between Russia and the United States.

John Huntsman, who formerly served as Utah Governor, took office as US Ambassador to Russia in late 2017. He had served as a diplomatic representative of the USA in China and Singapore.