In another episode of the new "Putin" documentary, the Russian president speaks about the previously unknown plans of terrorists who seized the Moscow Music Theater in 2002. According to Putin, the terrorists wanted to shoot their hostages on Red Square. 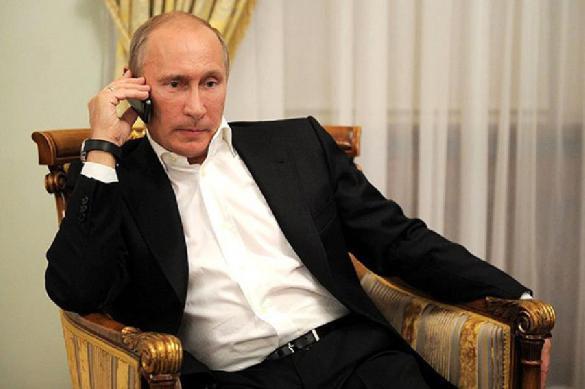 The terrorists, who took hundreds of people hostage during the performance of Nord Ost musical at Moscow Music Theater in 2002, intended to go to Red Square by bus and start executing the hostages in front of the Kremlin walls.

Putin said that the terrorists did not intend to release all the hostages, but wanted to shoot a part of them on Red Square. "The plan was to take a bus with hostages, go to Red Square and shoot them directly on Red Square, throw bodies on the street to intimidate the administration and special services. Of course, we could not let that happen," he said.

Putin admitted that the gas that special services sprayed when storming the building did not work. However, it was impossible to delay the operation because the terrorists wanted to make the hostage crisis unfold in the heart of the capital. "The transportation of the hostages and their execution should have taken place the next morning. It was impossible to wait," Putin said.

Putin admitted he personally made the decision to storm the building of the music theater. "Unfortunately, we lost a lot of people there. They were killed neither because of the shooting, nor because of the gas. Frankly, they died because of the inability to work under such circumstances. There were enough doses of the antidote, and one had to make injections, but they made two or three injections to some and no injections to others. We conducted an investigation, of course, very thoroughly. In those circumstances, it was difficult to punish someone, the people were risking their lives," Putin said.

On October 23, 2002, a group of militants, led by Movsar Barayev, seized the music theater in Moscow's Dubrovka, where Nord-Ost musical was showing. Forty terrorists took more than 900 people hostage - spectators and actors. Three days later, the theater was stormed. The hostage crisis claimed the lives of about 130 people. Relatives of the victims and some of the survivors say that the reason for the large death toll was the sleeping gas.