If USA strikes Syrian government troops, Russia will strike back

The US military may use the provocation of terrorists in Syria's Eastern Ghouta province as an excuse to strike government quarters in Damascus. 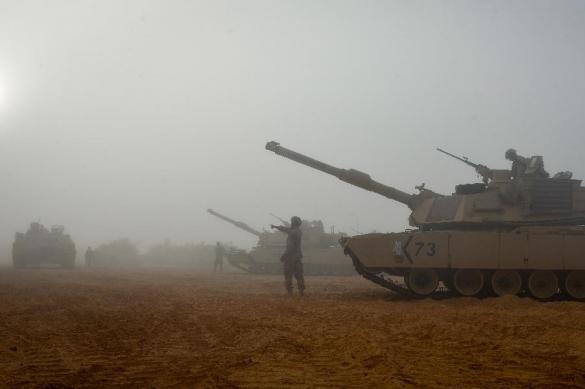 According to the Chief of the General Staff of the Russian Armed Forces, Valery Gerasimov, Russia had reliable information about the efforts that terrorists have been taking recently to stage the use of chemical weapons by Syrian government troops against civilians.

"For this purpose, a crowd of women, children and elderly people has been collected in several areas of Eastern Ghouta to imitate victims of a chemical attack," Gerasimov said. White Helmets activists and film crews with satellite video broadcast equipment are already in place, the official added.

"This is confirmed by the discovery of a laboratory for the production of chemical weapons in the village of Aftriss that has been liberated from terrorists," Gerasimov stressed.

According to the Russian general, after the provocation, the United States will accuse Damascus of using chemical weapons and present "evidence" of the mass death of civilians through the fault of the Syrian government and the Russian leadership that supports it.

The Russian Defense Ministry is ready to take counter measures in the event of a US attack on Damascus, if there is a threat to the Russian military, Gerasimov added.

The United States does not exclude striking Syria, if the UN is unable to cease hostilities in Eastern Ghouta.