Russia will not be endlessly tolerating militants' attacks from Eastern Ghouta, which they conduct even on the territory of the Russian Embassy and trade mission, President Putin said at a press conference on the results of the talks with Austrian Federal Chancellor Sebastian Kurtz. 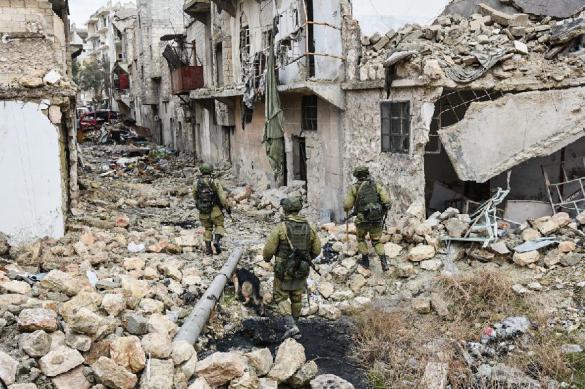 "As it is known, at least we know it well in Russia, bombs strike even the territory of the embassy of the Russian Federation, and the trade mission. Are we going to tolerate this endlessly? No, of course we are not!" Putin said.

The Russian president said that there are many extremist forces and representatives of terrorist organisations in the region, and the latest UN Security Council resolution says that the struggle against those organisations has not been stopped.

"The shelling from there never stops, and rocket and mortar attacks occur up to 80 times a day," Putin added.

Putin also said that during his last conversation with German Chancellor Angela Merkel and French President Emmanuel Macron, they agreed to arrange a humanitarian corridor to evacuate children, the wounded and those in need of help from the conflict zone.

Over 300 people tried to leave the region along the humanitarian corridor during the second attempt to hold a humanitarian pause in Eastern Ghouta, Syria. However, Islamist terrorists do not let civilians leave and threaten to kill them for even trying to leave the region. Local residents are not allowed to use cars, radio, television and cellular communication, the chief of the Centre for the Reconciliation of Warring Parties, Major-General Yuri Yevtushenko said.