According to the Russian military, terrorists in Syria's Eastern Ghouta promised to release civilians in exchange for humanitarian aid. 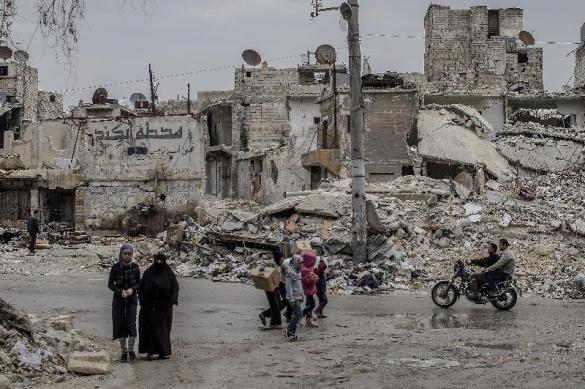 Representatives of the Russian center for reconciliation of the warring parties said with reference to the Syrian military that the humanitarian convoy of the Red Crescent would leave for the suburbs of Damascus on March 5.

As many as 45 trucks loaded with humanitarian cargoes will bring food, medicine and basic necessities to Eastern Ghouta of Syria that remains one of the last strongholds of terrorists in Syria, from where militants periodically strike both the outskirts and the center of the Syrian capital. The de-escalation zone was established in Eastern Ghouta in the summer of 2017, but the situation in the region exacerbated sharply over the last several weeks.