NATO Secretary General Jens Stoltenberg urged Russia to show more transparency when deploying Iskander-M cruise missile complexes in the Kaliningrad enclave. Commenting on Stoltenberg's remarks, Yury Shvytkin, deputy chairman of the Duma Defence Committee, said that "it is up to Russia to decide where to deploy Iskander systems and in which quantities based on national interests of our state, but with strict observance of the norms of international law." 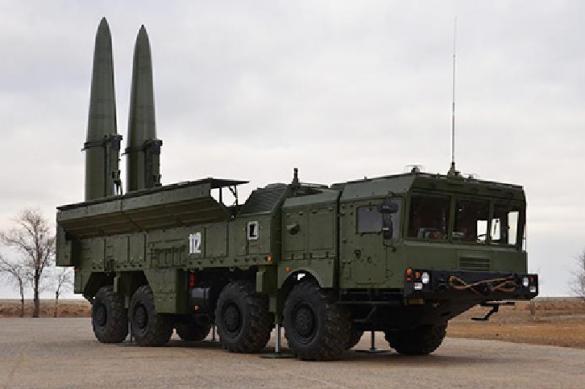 "I'm in Romania now, and I could personally see the 2,000-strong NATO contingent being deployed at two NATO military bases 180 kilometres from Bucharest. There are up to 200 people from Poland there at the moment," the MP told Pravda.Ru.

According to Shvytkin, these are clear manifestations of the fact that the US and its allies violate the norms of international law, while US military bases bring an obviously offensive and aggressive component to the situation, taking into account the military hardware and equipment that they bring with them.

The United States, the MP added, will continue doing everything possible to force Russia to inform Washington about all military components of Russia's defence, especially when it comes to Iskander missile systems, because "this is a state-of-the-art weapon that poses a serious threat to Western countries."

The Iskander-M missile system is capable of carrying a nuclear warhead and strike targets at a distance of up to 500 km. The complexes are mobile, unobtrusive and remain constantly aimed at the probable enemy. The complex, deployed in the Kaliningrad enclave, embraces the territory of Poland, part of Germany, as well as significant parts of Latvia, Lithuania and Estonia.

The deployment of Russian cruise missiles near Kaliningrad comes as an asymmetric response to the deployment of US missile defence systems in Europe and the approach of NATO's infrastructure to Russian borders, including ships in Barents, Baltic and Black and in the Mediterranean seas.