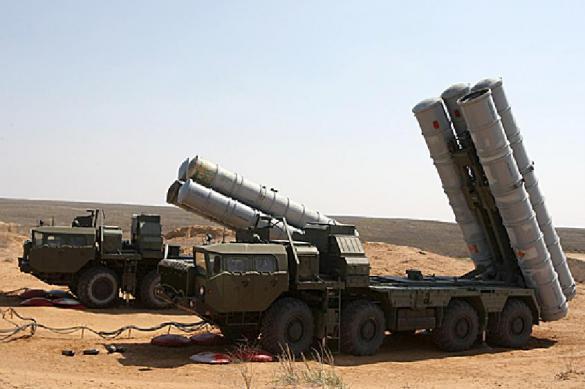 According to the source in the system of military-technical cooperation of the Russian Federation, it goes about the implementation of the 2014 contract. Each system shipped includes a command post, a radar station, power and auxiliary equipment, spare parts, tools, accessories and other elements of the system.

The contract concluded does not provide for the transfer of technology and the licensed production of the S-400. Last year, Russia conducted a training course for Chinese servicemen to teach them to use the S-400.

The signing of the contract between Russia and China for the delivery of S-400 Triumf systems was reported in November 2014. A year later, Vladimir Kozhin, the presidential aide for military-technical cooperation, confirmed the conclusion of the deal.

China has thus became Russia's first foreign buyer of the S-400. Turkey announced the purchase of the same air defence systems from Russia afterwards. Turkey's deal with Russia raised serious concerns in Washington, because Turkey is a member of NATO.

In addition to China and Turkey, Russia has agreements on the delivery of S-400 systems with India and Saudi Arabia. In the autumn of 2017, the Federal Service for Military-Technical Cooperation officially confirmed the deal with Riyadh on the supplies of S-400 and other weapons. In late 2017, Deputy Prime Minister Dmitry Rogozin, who supervises the Russian defence industry, announced the signing of a contract for the supply of the S-400 surface-to-air missile system to India.

The S-400 Triumf (NATO reporting name SA-21 Growler) is a Russian long-range anti-aircraft missile system designed and manufactured by Almaz-Antei Concern. The S-400 is in service in the Russian army and is used in Syria for the defence of the Russian air base in Hmeymim.