Russia may conduct a pop-up test of the prototype of the new intercontinental ballistic missile known as Sarmat in October 2017. The test is said to be held on Plesetsk cosmodrome. 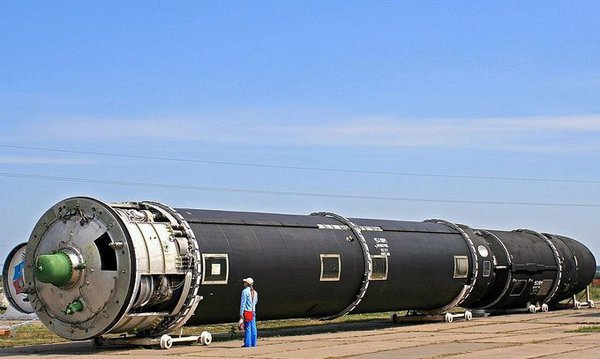 The test will be held to check the work of the powdered launch accelerator, which pushes the rocket out of the silo and then control the behaviour of the rocket afterwards. The Sarmat ICBM will fall within the perimeter of the range ground, a source said.

The factory that products Sarmat ICBMs, Krasmash, has recently had its machines replaced. The plant is ready for production, the source said.

The testing of the new Russian ICBM Sarmat, which is expected to replace the Voevoda missile, were postponed several times. Previously, the test was supposed to take place in March of 2017, but the plans were changed due to the need to complete a full cycle of product tests on the new test rigs of the Krasnoyarsk Machine Building Plant (Krasmash).

The RS-28 Russian intercontinental ballistic missile Sarmat is a weapon that the United States should be afraid of. Missile launchers of the new ICBM are protected to the maximum. To destroy one launcher, one would need to inflict no less than seven high-precision nuclear strikes. At the same time, the Sarmat missile can be equipped with 10-15 warheads, whereas its range makes up to 11,000 kilometres.

The RS-28 (ICBM) Sarmat missile comes as a conceptual continuation of the Voevoda R36M2 missile - the heaviest ballistic intercontinental missiles in the world that NATO refers to as Satan.