Communists of Russia to nominate their presidential candidate

The question to nominate a candidate from Communists of Russia for the position of Russian president will be considered at the party congress, Deputy Chairman of the Central Committee of the party, Sergei Malinkovich said. 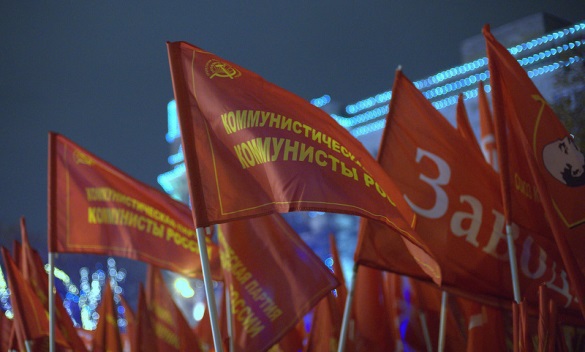 According to him, at the May 28 plenum of the central committee, it was decided to summon a party congress to formally nominate the candidate from Communists of Russia. Malinkovich has thus denied reports about the nomination of party leader Maxim Suraykin as a presidential candidate.

Russia will hold the presidential election in March of 2018. The chief of the Liberal Democratic Party of Russia, Vladimir Zhirinovsky, and the head of Yabloko party, Grigory Yavlinsky, have already announced their intention to run for president. Gennady Zyuganov, the head of the Communist Party of the Russian Federation, also announced his readiness to participate in the election campaign.

It is worthy of note that Communists of Russia received the largest number of votes on party lists among non-parliamentary parties - 2.27% - in the elections to the State Duma in September 2016.