Russian Foreign Minister Sergei Lavrov has commented on USA's accusations against Russia. During a news conference with his Finnish counterpart Timo Soini, Lavrov expressed Moscow's regrets about the campaign of Russophobia that was launched in the USA during Barack Obama's presidency. 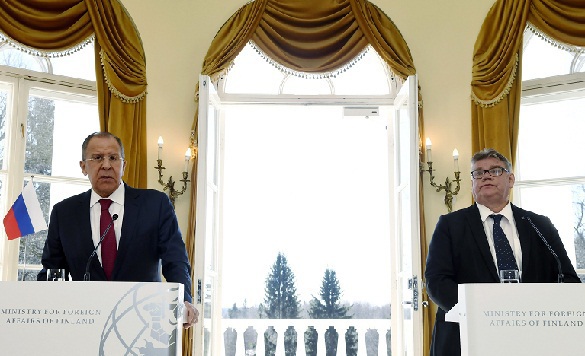 The Russian Foreign Minister noted that the United States continues using the Russophobic card in the political struggle inside the USA, especially among those who continue protesting against the outcome of the presidential election in the USA.

As he said, Washington continues accusing Russia of all mortal sins at the time when the US Congress  creates interdepartmental structures to investigate the "Russian threat."

"Nevertheless, we have never seen or heard one single fact that would at least somehow support  the things that we are accused of," Lavrov said, stressing that Moscow was ready for further discussion only on the basis of adequate facts.

"If there are facts, then we can discuss them, if there are no facts, then we perceive this campaign as a purely propagandistic one the goal of which is to achieve not very plausible goals," the Russian Foreign Minister added.