Russian FM Lavrov: The world is on the edge of destruction

Foreign Minister Sergei Lavrov believes that the current situation in international relations is harder than it was at the peak of the Cold War. 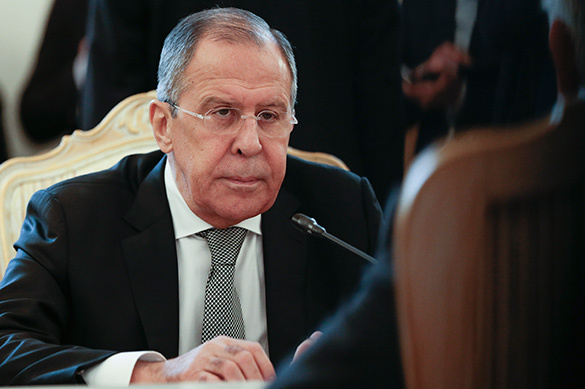 "Of course, it is tougher now ... Then there were two empires: the Western and the Soviet one, and each of them was fueling conflicts with the rival on the territory of third countries, but never within its borders and never directly. Even the public rhetoric was softer. The two camps did not cross the bounds of what was permitted. Today, there are no more rules," Sergei Lavrov told Esquire magazine.

Lavrov said that he and US Secretary of State Rex Tillerson were successfully building the relationship so far. He noted that he had had "if not friendly, but good relations" with all US secretaries of state. The minister acknowledged that diplomats from different countries may make tough statements against each other, but then communicate normally in person.

Noteworthy, NATO will not participate in the Sixth Moscow Conference on International Security, which the Russian Defense Ministry plans to hold on April 26-27. This was confirmed by chairman of the military committee of the alliance, Czech General Peter Pavel.

NATO Deputy Secretary General Rose Gotemuller said that the invitation was rejected, because the conference was famous for its unfair treatment of foreign speakers.

The conference of the heads of defense departments and defense experts is held to create a platform to exchange views on key issues of global and regional security, strengthen mutual trust and develop cooperation in the military sphere.