Russian Foreign Minister Sergei Lavrov made several statements at a press conference after the meeting with his counterpart from New Zealand, Murray McCully. 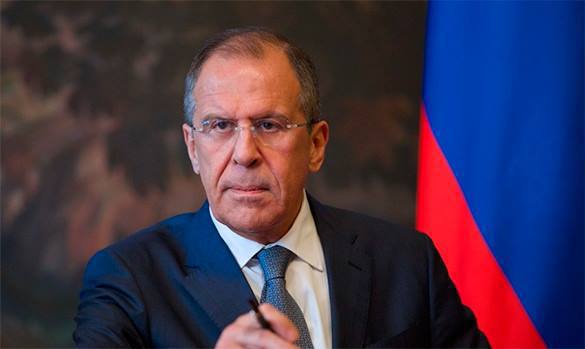 Most of the statements concerned the relations between Russia and the United States.

"Of course, we hear and see Russophobia spilling over in the US information space. They paint Russia as an enemy of both the USA and all of progressive humanity. They make Russia a global villain and try to blame everything on Russia - not only journalists, but also politicians and officials spokespeople for the administration. You know, if we talk about the current election campaign, some time ago, long before the election, the topic of Russia had gone into the background in US domestic conversations and discussions. However, in a very unexpected way, as the election campaign was developing and gaining momentum, the topic of Russia was getting louder and louder, having become nearly the central topic for discussions," Russian FM Lavrov said at a press conference.

"President Putin has repeatedly voiced our position and said that Russia never interferes in affairs of other countries, nor does it try to play up to one or another political force. We respect the choice of any people, and we will respect the choice of the American people. We will be ready to work with any president, regardless of their party affiliation. Yet, of course, the anti-Russian drive in the presidential marathon in the United States creates inertia in the American establishment and hardly contributes to additional positive impulses for our dialogue on major international issues," Sergei Lavrov added.

According to Lavrov, the crisis in Syria could have been resolved a lot earlier, at least in early 2016, when a special meeting of the International Group for the Support of Syria was held. Unfortunately, Lavrov said, Russia's partners have proved to be unable to distinguish between healthy opposition and terrorists.

In addition, the head of the Russian Foreign Ministry recommended the Americans should relieve themselves of Russophobian paranoia and stop speculating on Cold War instincts.