Putin about USA in Syria: 'It's boring, girls'

Russian President Vladimir Putin expressed confidence that Russia's military actions in Syria should prevent the return of terrorists to Russia. 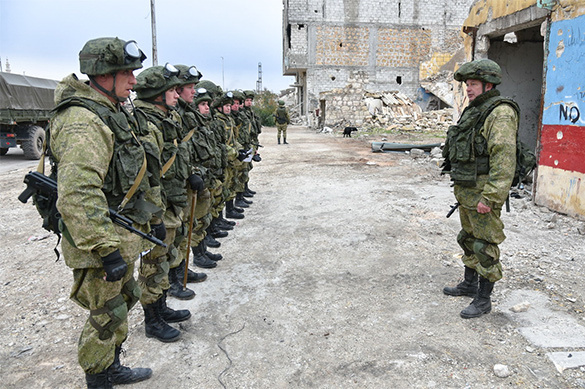 "We must do everything to minimize their return to Russia," Putin said.

According to Putin, Russian servicemen, who struggle against international terrorists on the territory of a foreign state are doing this not to let any of those terrorists return to Russia.

When commenting on USA's actions in Syria and accusations against Syrian authorities of the use of chemical weapons, Putin said: "It's boring, girls."

According to Vladimir Putin, the current situation in Syria strongly resembles events from 2003, when representatives of US authorities showed a sample of chemical weapons that they supposedly found in Iraq. "We've heard all that in 2003, when they showed test tubes to us. I want to quote our wonderful writers here, Ilf and Petrov - "It's boring, girls,"" Putin said.

According to the Russian president, events, like those that occurred in the settlement of Khan Sheikhun, should be thoroughly investigated.

To this end, Russia will apply to UN structures in The Hague, Putin said at a press conference after the meeting with Italian President Sergio Mattarella.