On the night of April 7, the United States attacked Syrian government forces for the chemical attack that Syrian troops allegedly committed in Idlib province. 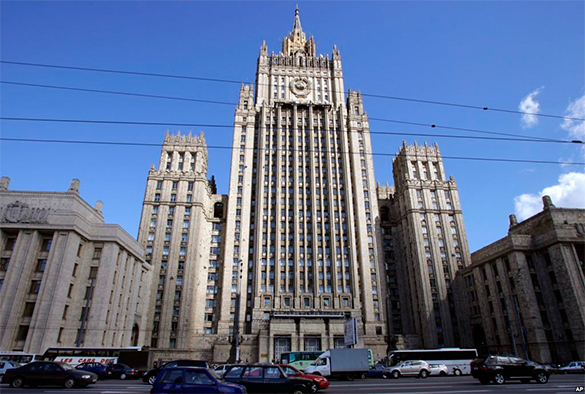 "The US did not bother to look into the situation and preferred to demonstrate its force and show military resistance to the country that struggle against international terrorism," a statement from the Russian Foreign Ministry said.

"Undoubtedly, the US military action is an attempt to distract attention from the situation in Mosul, where as a result of actions conducted by the US-led coalition, hundreds of civilians have been killed and a humanitarian catastrophe has been gathering pace," the statement from the Russian Foreign Ministry said.

Russia's Ministry for Foreign Affairs also said that the US had been preparing the missile attack long in advance.

"It is clear for any specialist that the decision to conduct the missile attack was taken in Washington long before the events in Idlib that were simply used as a pretext for demonstrating force," the statement from the Russian Foreign Ministry runs.

Russia has suspended the memorandum on the prevention of incidents and ensuring the safety of aviation flights during operations in Syria concluded with the United States. "

Russia's Foreign Ministry has also urged to summon an emergency meeting of the UN Security Council to discuss the current situation.