Russia will not conduct military actions against USA in Syria

Russia and the USA may arrange a draft resolution for the introduction of trade and economic embargo against the Islamic State terrorist organisation (banned in the Russian Federation). Spokespeople for the Foreign Ministry of Russia said that there was a lot to be discussed on the subject as the USA has not changed its approach and there is "no one to talk to yet." 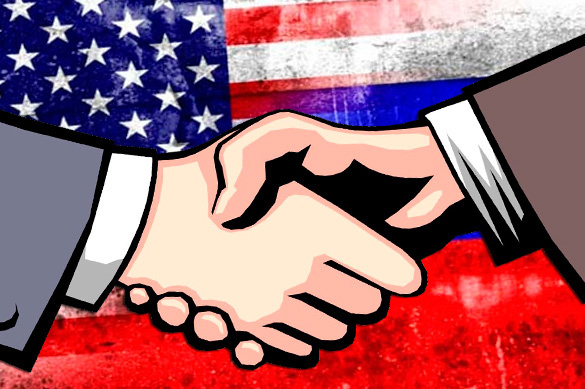 Russia insists on imposing a comprehensive embargo against ISIS terrorists. Russia would like to obtain the support of allies for the purpose, said Dmitry Feoktistov, Deputy Director of the Department for New Challenges and Threats at the Russian Foreign Ministry. However, in the event the Americans are not ready to discuss the matter with the Russian Federation, Russia will be able to propose such a resolution independently.

Meanwhile, experts say that ISIS militants went on a massive offensive in Syria after the recent US cruise missile strike on Shayrat airbase.

Russian officials also said that Russia would not conduct armed actions with the United States in Syria because Russia has other goals to pursue in Syria.

"We support the Syrian Armed Forces in the fight against terrorists - this is what our mandate is for," said Viktor Ozerov, chairman of the Federation Council Committee on Defense and Security.

The USA and its allies continue persuading Russia to give up supporting Bashar Assad.

"Clearly, Moscow will not give up Assad - this is not what Russia started the operation in Syria for.  The problem is that Washington and Ankara will continue insisting on Assad's resignation," Aydin Mehiyev, political commentator, corresponding member of the Paris Center for Diplomatic and Strategic Studies, told Pravda.Ru.