Official spokesperson for the Ministry for Foreign Affairs of the Russian Federation, Maria Zakharova, stated that the reason behind British Foreign Secretary Boris Johnson's decision to cancel his visit to Moscow was absurd. 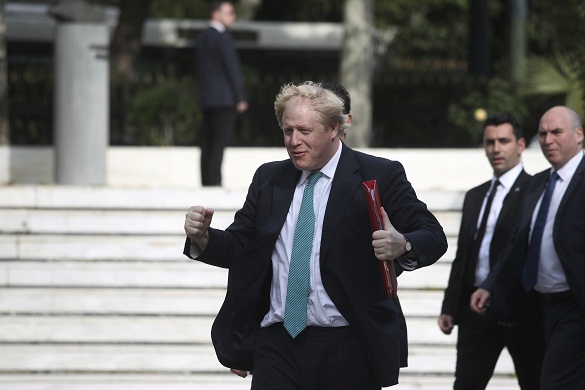 Zakharova noted that Boris Johnson originally postponed his visit to Moscow before canceling it, TASS reports. She also noted that the British side referred to "different reasons" to explain the move.

"It appears that our Western colleagues live in their own reality, in which they first try to single-handedly create collective plans, then they also change them individually and invent absurd reasons for it," Zakharova said.

Konstantin Kosachev, the head of the Committee for International Affairs at the Federation Council, said that the cancellation of Boris Johnson's visit would not be a great loss for Russia. According to him, the Britons would not say something different from what the Americans say. "It's more useful to talk with primary sources rather than with satellites," Kosachev added.