Numerous signals are obtained from the Ukrainian politicians and businessmen, who are willing to visit the peninsula. It was stated by the Russian MP Ruslan Balbek. 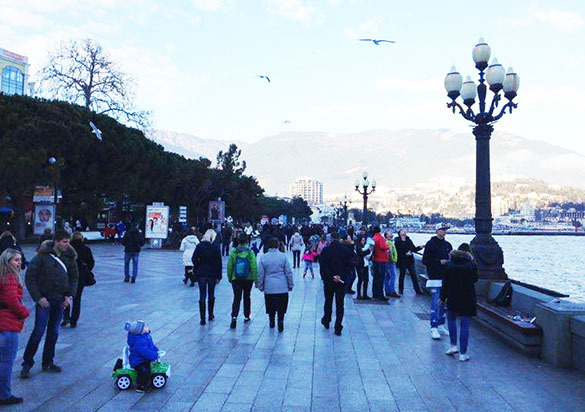 As Pravda.Ru reported, in late March a delegation from the European, Asian and Latin American countries payed a 3-day visit to Crimea. That is when the first delegation of the Ukrainian politicians as part of the international delegation visited the peninsula. Their surnames were not revealed for the sake of security, while the visit was not public.

Balbek pointed out that the Ukrainian guests were shown a special Crimean hospitality.

'They got ability to get acquainted with the real state of affairs. A lot of negative myths on the Russian Crimea were dispelled. We invite all the Ukrainian politicians and businessmen who are not fooled with nationalism to visit the peninsula' Balbek claimed.

The MP highlighted that he was ready to initiate such a visit for the Ukrainian colleagues, who are interested in learning how the peninsula has changed for the latest years. 'I am sure that the Ukrainian politicians would have visited the peninsula long ago unless they had been threatened with repressions in their homeland,' Balbek noted.

As Pravda.Ru reported, the Ukrainian National Security and Defense Council ordered the Security Service of Ukraine to check information on alleged visiting of Crimea by the Ukrainian politicians. Chairman of the NSDC Oleksandr Turchynov claimed that 'criminal cases would be initiated against them according to the current legislation'.