In late March the Russian President Vladimir Putin will visit Alexandra Land - one of Franz Josef Land's islands, in order to check quality of the 'Arctic cleaning' which has been carried out there. 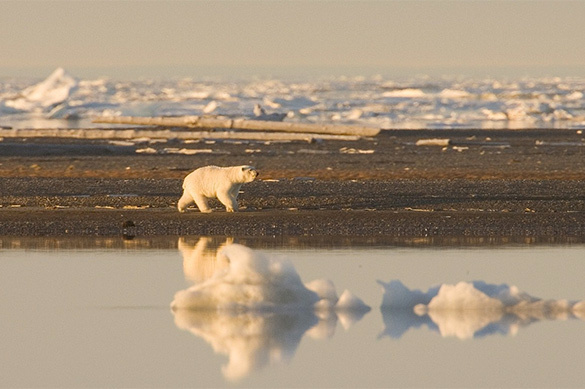 Franz Josef Land comprises 200 islands in the north of Europe. There are seals, polar bears and birds there.

When Vladimir Putin was there in 2012, as a PM, he noted islands' being dirty and polluted. Fuel products only made up 60,000 tons.

The 'dump' as Putin said, occurred after military activity had been reduced as the USSR had collapsed. According to him, the level of pollution was 6 times higher than critical standards.

The Professor Molchanov vessel has carried out the cleaning of the archipelago, it has taken away tons of waste. Soil should be also reclaimed, which will cost about half a billion roubles.