What future will the Eurasian Economic Union have? Will EEU members use the experience of the Soviet Union or of the European Union? Will they integrate on fundamentally new principles of cooperation? Pravda.Ru editor-in-chief Inna Novikova discussed the topic with the chief of the laboratory of market economy of the Economic Department of the Moscow State University, Andrei Kolganov. 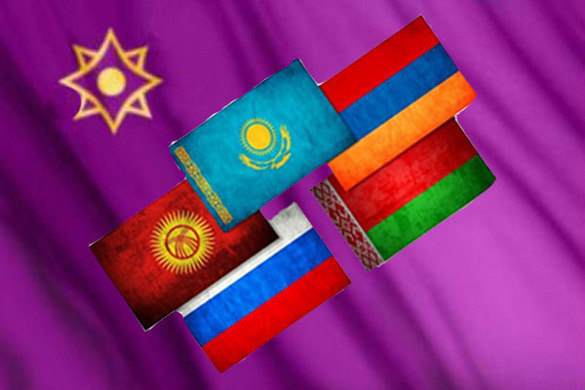 "After all the situations that our old time European countries have been through, one should pay special attention to Eurasian partners. The prospects of Russian integration have been recently discussed at a government meeting in Kazakhstan. Why prospects, if Russia and Eurasia have long been integrated?"

"The level of integration in the Eurasian Union is lower than that in the European Union. A lot was destroyed after the collapse of the Soviet Union. A lot was lost, and Russia reoriented her foreign economic ties to European, American and African countries. The decision about the Eurasian integration was supposed to stop these destructive processes. One has to understand the direction, in which partners will be developing, and what tools can be used to support this integration."

"The Soviet Union had a strong economy that embraced all of its republics. Were all those ties lost during the 1990s?

"Not all of them.  But it is definitely hard to restore the things that we used to have 25 years ago. Most importantly, deep integration on Eurasian space will become possible when joint investment projects start materializing."

"What kind of projects?"

"Any projects. There are projects of railway communication, for example. New roads and bridges are always necessary for development - this is obvious. When there are many of such projects, it will be possible to say that integration has taken deep roots. Business is not charity. Business needs profit, and economic relations must be regulated to create attractive conditions. For example, it is profitable for Russia to sell its goods to Kazakhstan, while for Kazakhstan, it is unprofitable to sell its goods to Russia because of different tax and fiscal rules.

"Are European partners concerned about Russia's developing relations with its partners in the East?

"Most likely, they are, because Russia had been looking up to them for 20 years after all. Russia is gaining more independence on its European economic partners now. Nevertheless, I do not support those who say that Russia shouldn't have worked with Europe. The level of economic development in European countries was higher, and Russia had to obtain new knowledge and new technology from Europe. China does not produce high tech products. High tech components of Chinese goods are made in Japan or in the USA, but not in China.

"Recently, an agreement on trade preferences was signed with Vietnam. What for? Why can't Vietnam cooperate with Russia, Belarus and Kazakhstan separately?"

"Members of the Eurasian Economic Union enjoy lower trade barriers in commodity movement. This is what the dispute of Ukraine's European integration is about. Yet, Ukraine wanted to sit between two chairs - between Europe and Eurasia.

"During the times of the Soviet Union, we had one single economic system, but everything fell into pieces. The breakup of the USSR was a huge loss for all, including for those countries that are trumpeting about their independence today, the Baltic countries, for example. They are not rich with natural resources, to say the least. Do you think some of them may wish to come back?"

"No, the Baltic states are now completely integrated into the European Union. Their economy is all about the EU. They are interested in the Russian market, of course, albeit at a much lesser extent than they used to. Today, they mostly export food products."

"I believe that we should be optimistic about the future. East or West - doesn't matter."