The Russian Embassy to the UK has reacted to the decision of the Obama administration to close two offices and expel 35 Russian diplomats from the United States by posting a picture of a duckling with a word "Lame" over it. 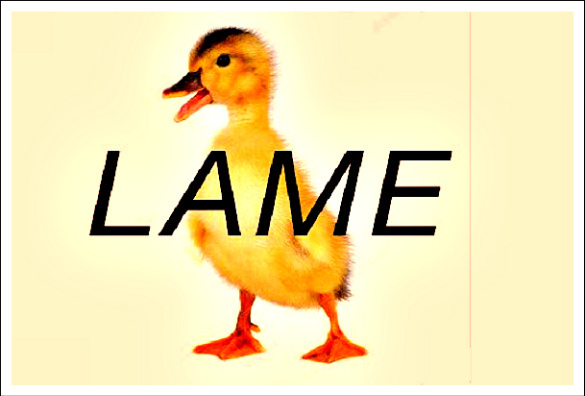 "President Obama expels 35 Russian diplomats in Cold War deja vu. As everybody, incl American people, will be glad to see the last of this hapless Adm," officials at the Russian Embassy to the UK tweeted.

Western publications have noticed the humor from Russian embassy officials in the United Kingdom. "Russia mocks Obama's 'lame duck' status after new sanctions imposed," a headline of  The Washington Times said. "Russian Embassy just responded to U.S. sanctions with a meme. Really," another headline on Mashable said. The Independent  and Business Insider reacted to the joke similarly.

On Thursday, December 30, the US Treasury Department announced new sanctions against Russia in connection with alleged interference in the US presidential election. Outgoing US President Barack Obama signed a decree to impose sanctions on six natural persons and five departments and organizations of the Russian Federation.

Later, it became known that the United States was also expelling 35 Russian diplomats from Washington and San Francisco as part of the restrictive measures introduced in connection with alleged Russian cyber attacks.