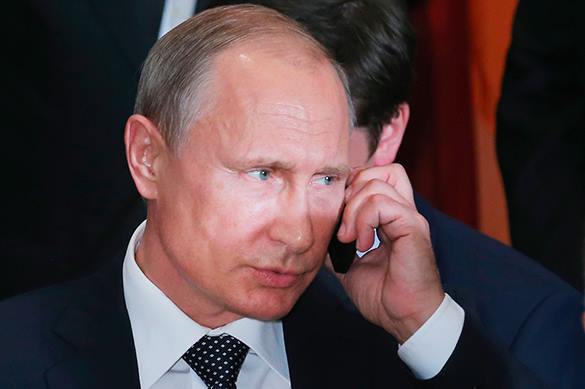 This line is regularly used for all phone conversations between the two presidents, he added, commenting on the "sensational" piece of news that recently appeared in Western media. It was in particular reported that US President Barack Obama used the "red phone" in October of 2016 for the first time to contact Moscow to discuss the question of hacker attacks with his Russian counterpart Vladimir Putin.

At the same time, Dmitry Peskov confirmed that US President Barack Obama, when communicating with Russian President Vladimir Putin on closed communication lines, referred to the topic of cyber attacks many times. Yet, the American side has not been able to present any evidence for those affirmations.

Peskov denied reports about frequent contacts on the "red line" in connection with the exacerbation of international affairs recently.

On December 20, NBC News reported citing a senior US official that the administration of US President Barack Obama resorted to a hot line between Moscow and Washington - the so-called red phone - to warn Russia about serious consequences of her intervention in the US presidential election.

The channel said that the US authorities wanted to put more emphasis on the warning that Obama delivered to Putin earlier, during the G20 summit in China in September. During the conversation on the red phone, however, Obama used the words "armed conflict", said the source.