Putin: Russia will hold its own Paralympic Games

Russia will hold its own sports competitions for the team of Paralympic athletes, who were excluded from the Paralympic Games 2016 in Rio de Janeiro, President Vladimir Putin said. 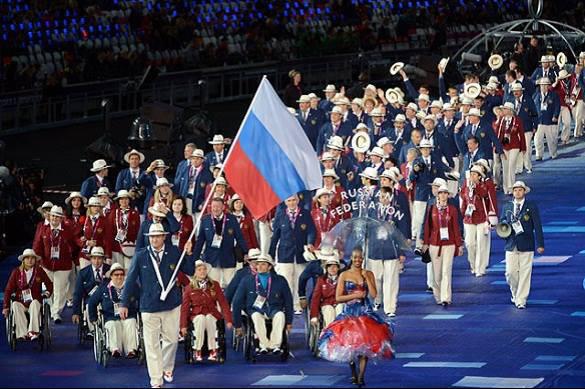 "I want to say to our Paralympians: of course, we will support you. We will organize special competitions where you will be able to show all your skills. Prizes for the winners will be the same as they would have been for the Paralympic Games," Putin said, Zvezda TV channel reports.

Putin also stated that the exclusion of the Russian Paralympic team was an act of anti-humanism that became possible due to the interference of politics in sports.

"We have witnessed how humanistic foundations of sport and Olympism can be brazenly violated by politics, how traits such as greed, and perhaps even cowardice, take precedence over the principles of Olympism," Putin said.

Earlier, Russian Sports Minister Vitaly Mutko told reporters that Russia would appeal against the decision to remove the Russian team from the Paralympic Games in Rio at a federal court in Switzerland, RIA Novosti reports.

"We will file a lawsuit at a federal court in Switzerland. Individual lawsuits are also possible. This is absolutely a political decision, and we do not understand how an organization that should be engaged in the development of Paralympic sport can make such a decision," Mutko told reporters.

Russian Paralympic athletes will not be able to perform at the 2016 Paralympic Games after the Court of Arbitration for Sport rejected Russia's appeal against the decision of the International Paralympic Committee, which excluded the Russian team from the competitions and disqualified the Paralympic Committee of Russia on the basis of the McLaren report.