Sergey Shoigu and Seyran Ohanyan, Defence Ministers of Russia and Armenia signed an agreement in Moscow on the unification of the anti-aircraft warfare systems of the two countries. 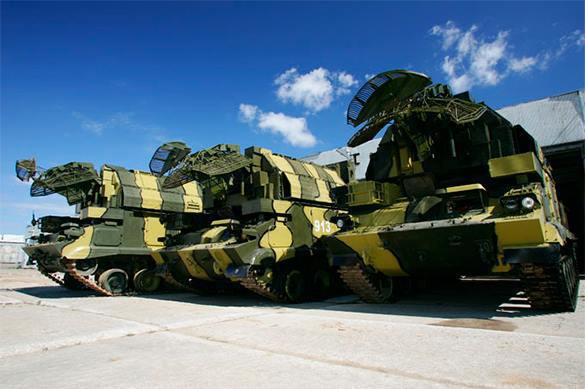 The Ministries of Defence of both countries also signed a 2016 cooperation plan.

Russia is currently also working on the creation of the United anti-aircraft warfare regional systems with Kyrgyzstan and Tadjikistan. In 2013 there was signed such an agreement with Kazakhstan, while Belarusssian system had been united with the Russian one long before.

The CIS Council of Ministers regards this integration of forces on the regional principle to be the most important direction for development of the CIS anti-aircraft warfare system.

The united anti-aircraft warfare system of the CIS member states was crated on the basis of an agreement signed by ten countries of the Commonwealth on 10 February 1995 in Alma-Ata, which has perpetual existence. The system comprises eight states, these are Russia, Armenia, Belarus, Ukraine, Kazakhstan, Kyrgyzstan, Tadjikistan, and Uzbekistan.