US Secretary of State John Kerry visited Moscow, where he met with Foreign Minister Sergei Lavrov, Russian President Vladimir Putin and took a walk on Moscow's iconic Old Arbat Street. Pravda.Ru asked expert at the International Institute of Humanitarian and Political Research, Vladimir Bruter, to comment on the results of John Kerry's visit to Moscow. 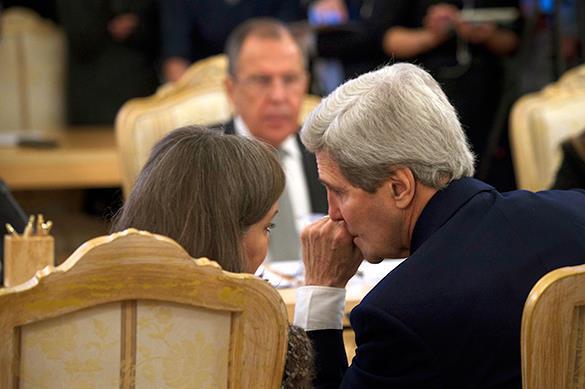 The results, he says, are quite simple. "Most likely, the differences between the parties remain the same, but there is an understanding on both sides, and the American are interested in continuing consultations for the peace process in Syria to continue," Vladimir Bruter told Pravda.Ru.

The United States initiated Kerry's visit to Moscow to exchange positions and possible perspectives on the issue.

"It is too early to say how it happened. In general, all is being decided in the theater of operations, rather than in the course of negotiations. Interestingly, Obama said prior to Kerry's visit to Moscow that the Islamic State had lost 40 percent of its territories since the summer of the outgoing year," said the expert.

When asked to comment on Kerry's Arbat walk, Vladimir Bruter said the US Secretary of State was just curious. Secondly, the stunt showed that America was being friendly towards Russia and the people of Russia. According to our expert, it was a standard political PR stunt.