US Secretary of State John Kerry is paying an official visit to Moscow. During his stay in the Russian capital, Kerry is going to meet with his Russian counterpart Sergei Lavrov and President Putin. Kerry is conducting negotiations in Moscow to discuss the crisis in Syria, as well as prospects for cooperation between Russia and the United States to regulate the conflict. 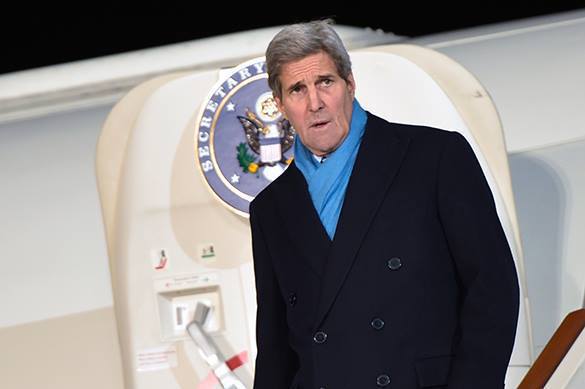 According to US officials, Kerry is trying to convince Moscow to join the international coalition in Syria.

John Kerry stated in the beginning of the meeting that the world wants Washington and Moscow to find a common language on the problem.

"I look forward to making real progress," US Secretary of State John Kerry said at the start of talks with Russian Foreign Minister Sergei Lavrov. "I think the world benefits when powerful nations with a long history with each other have the ability to be able to find common ground. Even when there have been differences between us we have been able to work effectively on specific issues," he said.

Kerry is to meet President Putin on Tuesday as well.