The White House talks about "orderly transition" of power in Syria and does not call any longer to immediate removal of the country's President Bashar al-Assad. 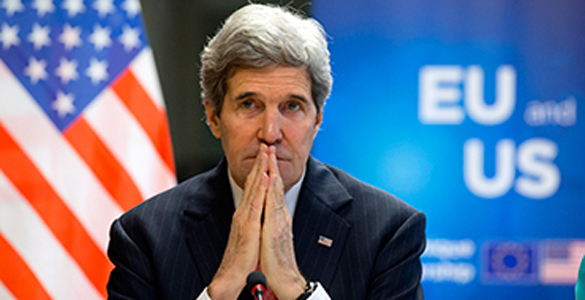 As the US Secretary of State John Kerry claimed in an interview to CNN, "we've changed that, ...that's not gonna work. We need to have an orderly transition, a managed transition, so that you don't have fear for retribution, lost life".

He added that if Assad left the office sooner, it could generate an inward explosion, that would deprive the country of any government services.

At the same time, Kerry noted that Russia's involvement in the settlement of the Syrian crisis may become an "opportunity" for the US to settle the crisis.

Kerry also stated that political settlement in Syria is impossible without Sunnis involvement into the agreement. He added, that if Russia stood for Assad, Iran, and Hezbollah, it would turn into serious problems with the Sunni states in the region.

Head of the Saudi Arabian Foreign Ministry threatened Assad in its turn with a military operation on his dethroning, unless he leaves the office of his own free will.

The US Secretary John Kerry used to claim previously that Russia's support of the Syrian President Bashar al-Assad promotes enlargement of the conflict in the country.

If Putin managed to convince Obama of adopting his stance on Syria, it would be the greatest political triumph of the Russian President for the 15 years in power, the American Time magazine stated. It seems, Putin reached his goal.