Official: Airbus A321 crashed in Sinai because of terrorist attack

Russian aircraft A321 that crashed over the Sinai Peninsula, was destroyed by terrorists, the head of the Federal Security Bureau, Alexander Bortnikov said. 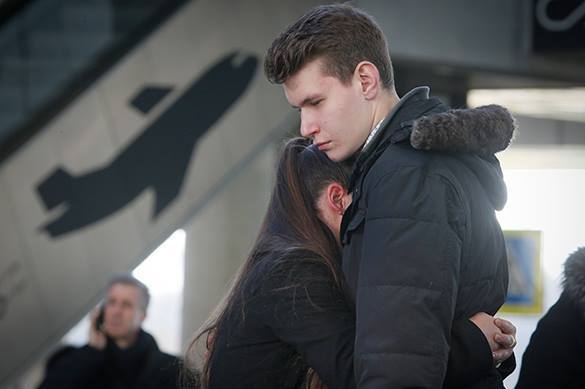 Traces of the explosive substance were found in the wreckage of the aircraft. The explosive device had been hidden inside the cabin.

"An improvised bomb with the capacity of up to 1.5 kilograms of TNT was activated during the flight. As a result of the explosion, the aircraft collapsed in the air, which explains why the wreckage of the plane was scattered on a large territory on the ground," Bortnikov said, Pravda.Ru reports with reference to Interfax.

FSB announced a reward for information about those involved in the explosion on board the A321 aircraft that crashed in Egypt.

"For the provision of information to facilitate the detention of perpetrators, a reward in the amount of $50 million will be paid," a message from the Federal Security Bureaus said.

Russian President Vladimir Putin stated that the criminals, who committed the crime, would be found and punished.

"We'll find them anywhere in the world and we'll punish them," Putin said.

Earlier, British and American intelligence agencies voiced the version of the bomb on board the aircraft.

When Russian experts and their Egyptian colleagues started examining the flight recorders of the A321, it turned out that one of them was severely damaged, but the other one was able to record the sound that was not typical for a regular situation.

In addition, the destruction of the aircraft occurred very quickly: the crew did not have time to give any signal about what happened on board.

Experts of Kogalymavia airline that owned the aircraft were the first to have excluded the version of technical failures.

They had assessed the condition of the aircraft prior to departure and confirmed that the plane was absolutely serviceable.

This catastrophe became the largest in the history of modern Russian aviation.