Russian soldier serving in Syria kills himself breaking up with girlfriend

Officials with Russia's Defense Ministry confirmed the death of a Russian contract serviceman at Hmeimim air base in Syria. The serviceman committed suicide, officials said. 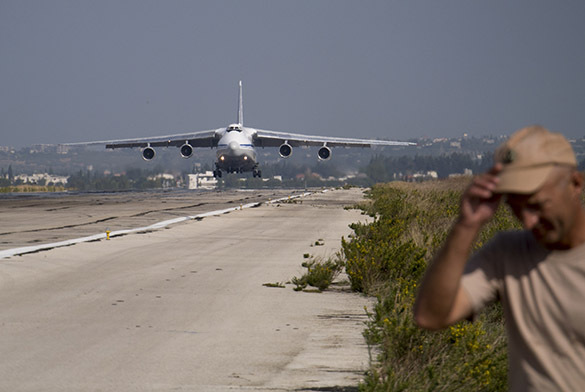 "The contractual servicemen, who served at Hmeimim airbase as a technician, committed suicide during rest after duty service. We are investigating all  the circumstances of the tragedy," officials with the press service of the Russian Defense Ministry told The Komsomolskaya Pravda newspaper.

Prior to committing suicide, the man was corresponding with his girlfriend on his cellular phone. Judging from text messages, one may conclude the relations between the soldier and his girlfriend came to an end. Most likely, the break up became the reason for the suicide, officials said.

Noteworthy, foreign journalists have recently paid a visit to Russia's Hmeimim air base in Syria. The reporters had a chance to look how Russian servicemen live and work at the base.