Russia responds to Kiev's statements about 'Russian invasion' of Ukraine

Statements from Kiev officials about the "Russian invasion" of Ukraine on the eve of the World Economic Forum in Davos are not incidental. The statements came as an attempt to sell a "pig in a poke" to financial donors, an official representative for the Russian Defense Ministry, Major-General Igor Konashenkov said. 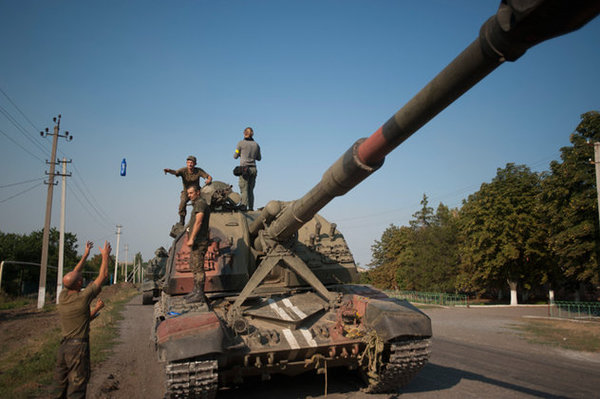 The Council of National Security and Defense of Ukraine said that two "battalions of tactical groups" of the Armed Forces of the Russian Federation allegedly crossed the Russian-Ukrainian border.

"Such hallucinations of the Russian invasion for main ideologists of a military solution to the internal conflict in the south-east of Ukraine are hardly incidental. They testify to frantic attempts to once again set a higher price for their pig in a poke to sell it to financial contributors to the World Economic Forum in Davos. So do not be surprised if the same revelations about Russia will be voiced from high tribunes in Switzerland during the coming days," said Konashenkov.

The 45th International Economic Forum will take place in Davos, Switzerland, on January 21-24. About 2,500 businessmen, politicians, NGO representatives and experts, including nearly 50 top level politicians will take part in the forum.