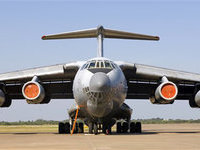 The head of Rosaviation, Alexander Neradko, told reporters yesterday that the agency restricted the European flights for those airlines after SAFA (Safety Assessment of Foreign Aircraft) lowered the safety coefficient for the airlines.

The restrictions can be lifted, but it will depend on how the airlines manage to remove the drawbacks of their work and whether they demonstrate the readiness not to let such violations occur again.

"This program exists for many years, and I feel uncomfortable in front of our European colleagues because our airlines continue to make childish violations. They probably hope that SAFA inspectors will leave them out of attention," Neradko said.

It was previously reported that the European Commission was going to consider the issue about blacklisting several Russian airlines, including VIM-Avia, Dagestan Airlines, Yakutia and Tatarstan. This black list bans airlines from flying to Europe. It just so happens that Rosaviation has taken the lead at this point.