Wrestler Chris Benoit kills his wife, 7-year-old son and then himself

Professional wrestler Chris Benoit, his wife, and son were found dead and police said they were investigating the deaths as a murder-suicide. 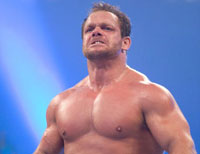 Wrestler Chris Benoit kills his wife, 7-year-old son and then himself

Detective Bo Turner told television station WAGA on Monday that the case was being treated as a murder-suicide, but said that could not be confirmed until evidence was examined by a crime lab.

The station said that investigators believe the 40-year-old Benoit killed his wife, Nancy, and 7-year-old son, Daniel, over the weekend, then himself on Monday. A neighbor called police, and the bodies were found in three rooms.

Lead investigator Lt. Tommy Pope, of the Fayette County Sheriff's Department, told The Associated Press the deaths were being investigated as homicide, and that the causes of death awaited autopsy results on Tuesday. Pope said the bodies were discovered about 2:30 p.m., but refused to release details.

The house is in a secluded neighborhood set back about 60 yards (55 meters) off a gravel road, surrounded by a stacked stone wall and a double-iron gate. On Monday night, the house was dark except for a few outside lights. There was a police car in front, along with two uniformed officers.

Benoit was a former world heavyweight and Intercontinental champion. He also held several tag-team titles during his career. He appeared in bouts put on by World Wrestling Entertainment.

"WWE extends its sincerest thoughts and prayers to the Benoit family's relatives and loved ones in this time of tragedy," the federation said in a statement on its Web site.

Benoit was scheduled to perform at the "Vengeance" pay-per-view event Sunday night in Houston, but was replaced at the last minute because of what announcer Jim Ross called "personal reasons."

The native of Canada maintained a home in metro Atlanta from the time he wrestled for the defunct World Championship Wrestling.

The WWE canceled its live "Monday Night RAW" card in Corpus Christi, Texas, and USA Network aired a three-hour tribute to Benoit in place of the scheduled wrestling telecast.

"My relationship with Chris has extended many years and I consider him a great friend," Carl DeMarco, the president of WWE Canada, said in a statement. "Chris was always first-class - warm, friendly, caring and professional one of the best in our business."