Armored truck robbed of more than $1 million in south Florida

Two men robbed an armored truck in south Florida of more than $1 million (EUR740,000) as it delivered money to a check cashing store. Shots were fired, but no injuries or arrests were reported. 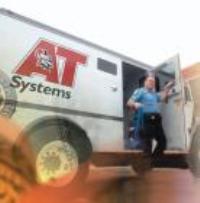 Armored truck robbed of more than million in south Florida

The truck belonging to AT Systems was making a delivery to a check-cashing shop at a strip mall when two men approached the two guards who were with the vehicle, police Lt. Carlos Fojo said.

At least two shots were fired during the 8:30 a.m. robbery, Fojo said. It was not immediately clear who fired the shots.

A getaway car fled with the two robbers. Fojo said more than $1 million (EUR740,000) was stolen but he would not give an exact figure.

The FBI questioned the two guards and were analyzing surveillance video, Fojo said. Witnesses said they saw an altercation between the guards and the robbers.

The FBI and AT Systems Inc., which describes itself as a cash logistics company, did not immediately return calls seeking further detail.