Virginia's governor has closed the loophole that allowed a mentally disturbed Virginia Tech student to acquire the guns he used to kill 32 students and faculty members. 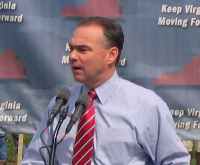 Gov. Timothy M. Kaine issued an executive order requiring that a database of people who are prohibited from buying guns include anyone found to be dangerous and ordered to undergo involuntary mental health treatment.

Seung-Hui Cho had been ordered by a court to undergo psychiatric counseling after a judge ruled that he was a danger to himself.

But because Cho was treated as an outpatient and never committed to a mental health hospital, the court finding never made it into the database that gun dealers must check before selling a firearm. The law prohibits selling firearms to people judged to have mental disabilities.