The seizure of a Russian tanker by the Security Service of Ukraine (SBU) in the port of Izmail is an obvious provocation organized by Poroshenko's appointees, Russian senator Andrei Klimov said. 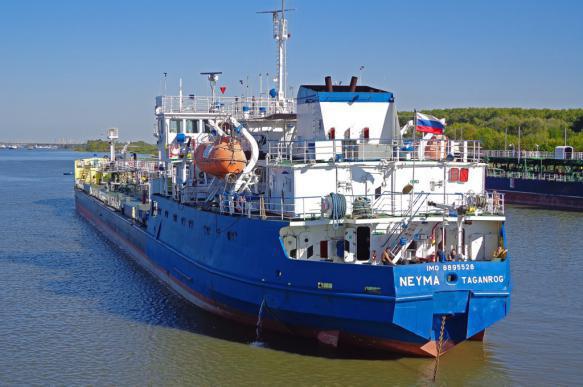 On July 24, in the port of Izmail, Ukrainian security forces seized the NIKA SPIRIT tanker, which they identified as the NEYMA tanker that had participated in the detention of Ukrainian ships by Russian border guards in the Kerch Strait.

According to the SBU, Russian owners of the vessel allegedly changed its name to conceal the involvement of the tanker in the Kerch Strait incident. During the search, documents and logbooks, as well as records of radio communications made during the incident in November 2018 were withdrawn. The crew of the tanker were interrogated.

Andrei Klimov, deputy chairman of the Committee on Foreign Affairs of the Federation Council, told Pravda.Ru, that the latest incident came as an obvious provocation organized by Poroshenko's appointees. "Poroshenko is doing everything to make the resolution of political issues more difficult for Zelensky. Zelensky, at least, spoke of the need for dialogue, he talked to Putin on the phone," said the senator.

It was Poroshenko who initiated the "Kerch adventure," the senator believes. "It is very beneficial for him the new authorities do not to investigate his high treason, because of which Russia was about to take some rash steps," Mr. Klimov said.

"Everything was calculated: it coincided with the time of the end of the elections to the Ukrainian parliament,  the failure of Poroshenko's party in the elections, which proved that his own failure at the presidential election was not incidental. He also wanted to disrupt the Minsk process and the possible humanitarian solution to the question of the Ukrainian military who, under Poroshenko's criminal order, turned out to be under investigation in Russia. Therefore, everything is not incidental here. There is an obvious provocation here, and it is very easy to figure out who is the architect of it," said Andrei Klimov.

"This, of course, is an act of piracy, but I believe that our specialists will manifest wisdom and professionalism in the liberation of the Russian vessel and its crew," he added.

Russia has every right to destroy Ukrainian warships