Officials with the Federal Security Bureau of Russia said that Russian border guards detained three ships of the Ukrainian Navy as the latter were trying to travel across the Black Sea from the port of Odessa to the port of Mariupol in the Sea of ​​Azov. The Ukrainian warships committed a number of provocative acts, FSB officials said. 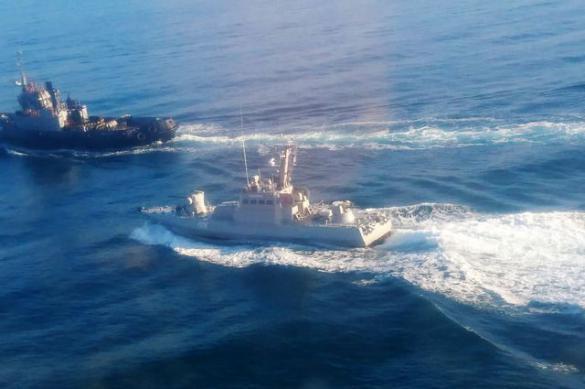 Russia filed a criminal case into the violation of the Russian state border. The arrested Ukrainian ships will be transported to the port of Kerch. On November 25, the Kerch Strait was closed to civilian vessels for security reasons, but navigation was opened at 4 a.m.

Meanwhile, Alexander Turchinov, Secretary of the National Security and Defense Council of Ukraine, said that Ukrainian President Petro Poroshenko supported the initiative of the National Security Council to introduce martial law in the country for 60 days. The Verkhovna Rada (the Ukrainian Parliament) will consider the issue on Monday, November 26.

"We view Russia's actions as an act of aggression," Poroshenko tweeted. "For the Russian Federation, there are no red lines. We believe that such actions are absolutely unacceptable. This aggression has already led to certain consequences," Poroshenko wrote.

In turn, Russia has requested an urgent meeting of the UN Security Council.. "In connection with the dangerous development of the situation in the Sea of ​​Azov and the following events, Russia is requesting an urgent convocation of an open meeting of the Security Council in the morning of November 26 for the agenda item "Maintaining international peace and security," Russian Deputy Prime Minister Dmitry Polyansky said.

The General Staff of the Armed Forces of Ukraine reported on Facebook that the Ukrainian army was put on high alert, while heavy security was rolled out for the Ukrainian police.