Body of Su-25 pilot killed in Syria delivered to Moscow

The body of the Su-25 pilot, who was killed in Syria after terrorists shot down his aircraft, was delivered to the airfield of Chkalovsky near Moscow, RBC reports. The Russian Su-25 was shot down on February 3 in the area of terrorists-controlled Idlib province in Syria. The pilot, Roman Filipov, managed to eject, but was subsequently killed in a battle with terrorists on the ground. 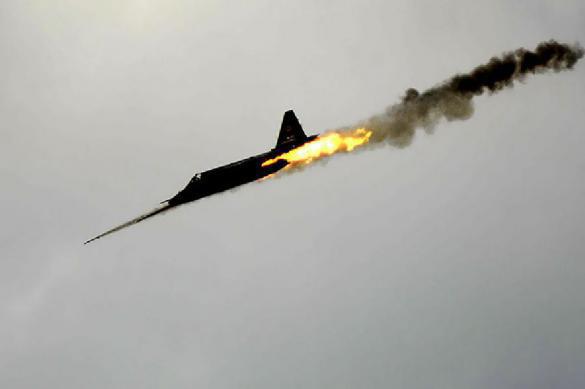 A source close to the administration of the Russian president said that the body of the Russian pilot was delivered to Chkalovsky military airfield near Moscow. Several fragments of the downed Su-25 aircraft were delivered to Moscow together with the body. Officials take prompt measures to notify the pilot's relatives of the news.

It was also said that Turkey acted as a mediator in the operation to retrieve the pilot's body in Syria.

The Su-25 attack aircraft was shot down by militants in the Syrian province of Idlib on February 3. The pilot of the plane, Major Roman Filipov, who was circling the de-escalation zone, managed to eject, but he found himself on a territory controlled by terrorists. Filipov showed resistance to the militants, but was wounded and surrounded. The pilot blew up his hand grenade and died to avoid captivity.

Terrorist group Hayet Tahrir al-Sham (formerly known as Jabhat en-Nusra, both organizations are banned in Russia) claimed responsibility for the attack on the Russian warplane. Afterwards, the Russian military struck a powerful blow on the area, from which the Russian aircraft was shot down, killing as many as 30 terrorists.