Russia conducted a massive attack with the use of high precision weapons on the area, from where terrorists launched a MANPAD missile that shot down the Russian Su-25 attack aircraft on Saturday night, February 3. According to Russian military officials, more than 30 Jabhat an-Nusra terrorists (the terrorist organisation is banned in Russia) were killed as a result of the retaliatory strike. 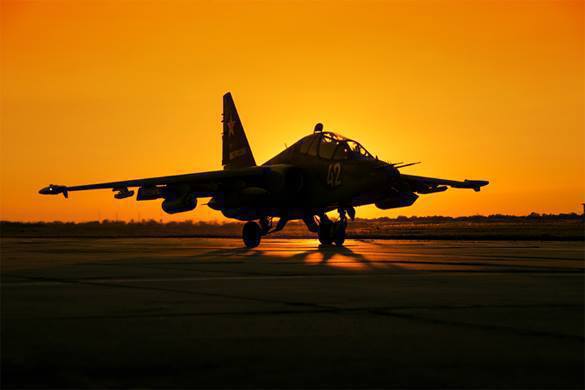 Russia used Caliber cruise missiles to strike militants in Idlib, Syria. Meanwhile, it was said that it was Tahrir ash-Sham terrorist group (banned in Russia) that claimed responsibility for the attack on the Russian Su-25.

The Su-25 attack aircraft of the Russian Air Force was shot down on Saturday evening while flying around the de-escalation zone of Idlib in Syria. The pilot had time to report his ejection in a terrorist-controlled area. However, the pilot was killed on the ground during a battle with the terrorists.

Also read: Will the West dare to shoot down a Russian warplane over Syria?

According to the Russian military department, the plane was shot down from a shoulder-carried anti-aircraft missile system. The Russian Center for Reconciliation of Warring Parties in Syria, together with the Turkish side responsible for the de-escalation zone of Idlib, are taking measures to retrieve the pilot's body to the Russian airbase in Syria.

First deputy chairman of the Federation Council Committee on Defense and Security, Franz Klintsevich, said that Russia would take adequate measures in return to the attack on the Russian warplane. "I would like to say to all those involved in the operation [the attack on the Russian airplane] that Russia is not a toothless tiger - she is very strong, she knows how to growl and has big fangs," the representative of the Federation Council said.

Klintsevich, as well as other high-ranking Russian officials, believe that the Su-25 was shot down from a weapon that terrorists had received from the USA via third countries. A MANPAD can indeed shoot down a Su-25, if the aircraft flies at an altitude of 5,000 meters above the ground or lower.