Minivan loaded with petrol and gas cylinders rams into cinema in Yekaterinburg. Video

In Yekaterinburg, an UAZ minivan rammed into the central entrance of Cosmos cinema and concert hall. The incident occurred at 5.50 a.m. local time, officials with the press service of the regional EMERCOM said. 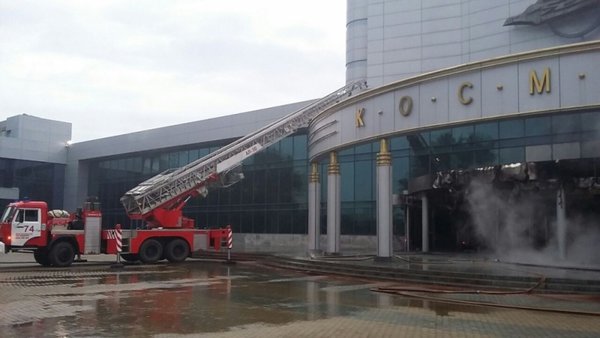 In the vehicle, there were two barrels of gasoline and three gas cylinders. A fire broke out, but it was  extinguished in about 30 minutes. Reportedly, an explosion occurred on the site of the incident, the smoke was visible in remote neighbourhoods of the city.

Rescuers evacuated five people from the building. Luckily, no one was hurt. The alleged perpetrator was arrested: he is a 43-year-old local resident. Later, he requested medical assistance due to skin burns.

Acting Governor of the Sverdlovsk region, Evgeny Kuyvashev, took the incident under personal control. Cosmos cinema and concert hall, which the vehicle rammed into, is located about several hundred meters from his residence.