Russia conducted a cruise missile attack in Syria targeting terrorists' heavy equipment and troops. The launches were carried out by Admiral Essen frigate and Krasnodar submarine. 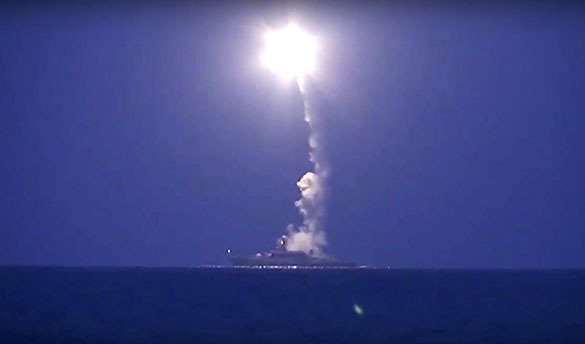 In total, Russia launched four Caliber cruise missiles on terrorists' positions; all the missiles struck their targets, officials with the Defense Ministry of Russia said. Before the launch, the Russian military informed the command of the United States, Turkey and Israel of the intention.

The attack was carried out in connection with the strengthening of terrorists' positions in Palmyra. Islamic State terrorist organization (banned in Russia) has recently deployed additional forces in the area of the ancient city of Palmyra. Kurds from the Syrian democratic forces planned to organize a corridor for militants. To prevent this, Russian forces destroyed more than 120 Islamists.