Ukraine breaks ceasefire in Donbass 50 times in one week

The Ukrainian Armed Forces launched as many as 1,000 mines and shells at the People's Republic of Luhansk over a week, having thus violated the truce 50 times in seven days. As soon as the contact group for Ukraine agreed to cease fire on April 1, when the sides announced violations immediately. 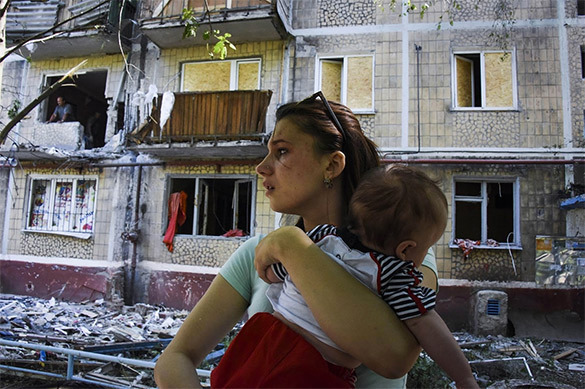 According to official representative for the People's Militia of the People's Republic of Luhansk, Andrei Marochko, Ukraine used various types of weapons to attack the breakaway republic, including ZU-23-2 anti-aircraft systems, BMP-2 vehicles and 120-mm mortar shells prohibited by the Minsk agreements.

"The units of the People's Militia strictly observe the Minsk Accords, nor do they react to provocations from Ukraine," Marochko added.

Earlier, Vladimir Omelyan, the head of the Ukrainian Ministry for Infrastructure, stated that Russia should return to Ukraine not only the Crimea and the eastern regions of Ukraine, but also the "captured Kuban" - the south of Russia. According to Omelyan, Ukraine will restore air communication with Russia only after the latter returns the above-mentioned territories to Kiev, the Ukrainian official said in an interview with RBC-Ukraine.