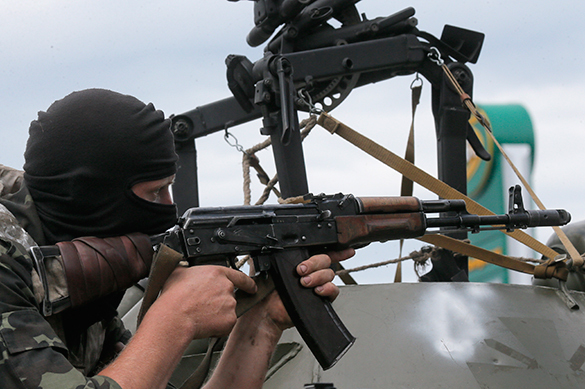 Ukrainian Armed Forces deployed self-propelled artillery systems and other prohibited weapons in the area of the so-called anti-terrorist operation.

"Two batteries of self-propelled artillery systems of the 24th Brigade of the Ukrainian Armed Forces were found in the vicinity of the settlement of Krymskoye, three kilometres from the contact line of the troops," Lieutenant-Colonel Andrei Marochko, a spokesman for the People's Militia of the People's Republic of Luhansk said.

He added that Ukrainian Armed Forces continued to redeploy weapons to the line of contact. About 15 units of Ukrainian military hardware were seen on southern outskirts of the settlement of Muratovo.