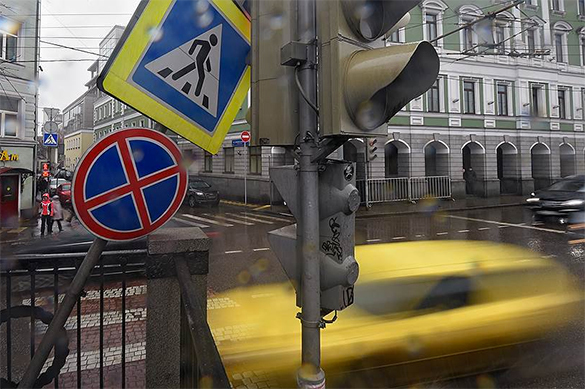 A driver on a Lexus vehicle has run over two women on a pedestrian crossing in Moscow. The accident occurred on Kirovogradskaya Street.

According to eyewitnesses, the vehicle dragged the women under its wheels for several meters before coming to a stop.

Earlier, a Maserati car, when traveling at a high speed, rammed into a lamppost, broke apart an engulfed into flames. The driver was killed on the spot.

The vehicle, Maserati Ghibli, was registered in July 2014. Its cost in the most minimal configuration starts from 4 million rubles ($65,000). The driver was identified as Artur M., a son of a Moscow-based entrepreneur.  During the recent two years, Artur had had over more than 20 speeding fines, which he would pay in time.