US-led coalition forces landed a group of commandoes near the Syrian city of Deir ez Zor. The operation was conducted in the territory to the east of the city, in the terrorist-controlled area, Sky News Arabia reports. 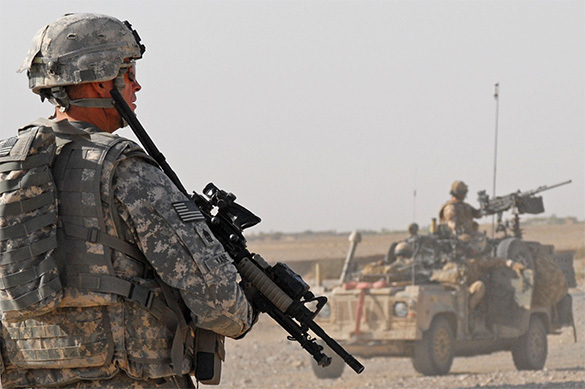 Apache helicopters were used for the operation to land the commandoes, whose assignment was to destroy terrorists' supply points and ammo depots.

Twenty minutes after the start of the operation, the commanders left the zone of the operation. It was reported that the Islamic State terrorist organization (banned in Russia) deployed additional forces in the area of ​​the fighting.

Earlier, Federation Council Chairwoman Valentina Matvienko said after meetings with leaders of Saudi Arabia that Russia remained opposed to toppling Bashar Assad's regime from the outside.

"We know Saudi Arabia's position that Syria will not see peace until President Bashar Assad is removed from power, but we stated our position that we do not aim to preserve Assad at any cost -  we are against the forcible overthrow of regimes from the outside," "Matvienko told reporters, stressing that it was up to the people of Syria to decide the fate of Assad.

In her opinion, Assad's removal from power does not guarantee peace in Syria, but may exacerbate the situation even further.