The US-led coalition has struck an ISIS store with chemical weapons, as the Syrian General Staff has reported. 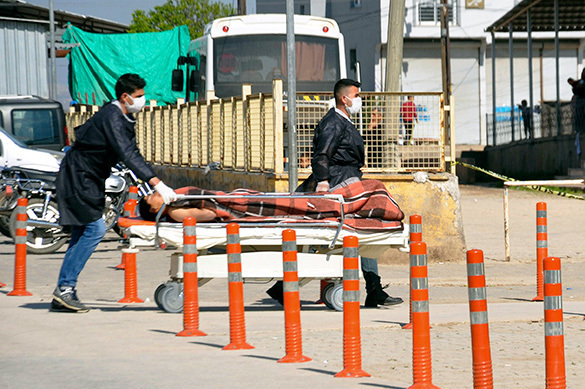 The Air Forces have struck headquarters and stores of the Islamic State in the area of Jalta near the city of Deir-ez-Zor (420km away from Damascus). As a result, hundreds of people were poisoned.

According to the SANA agency, the Syrian Armed Forces Command stated that hundreds of people died, including peaceful civilians.

'Aircraft of the so-called coalition struck the IS store where great quantity of oversea mercenaries were kept at about 17.30-17.50. A white cloud and then a yellow one appeared at the sight, which evidences great amount of poisoning substances. Fire was burning till 22.30,' communique says.

The fact confirms that ISIS terrorists and Jabhat al-Nusra have chemical weapons and possibility of its appliance, purchase and transfer, as it is noted in the document.