The West has lost the war in Syria, USA stubbornly says the opposite

State Department spokesman John Kirby said during a regular press briefing in Washington that the United States was not losing its leadership in the regulation of the Syrian crisis at the time when Moscow, Tehran and Ankara were making the same steps in this direction. 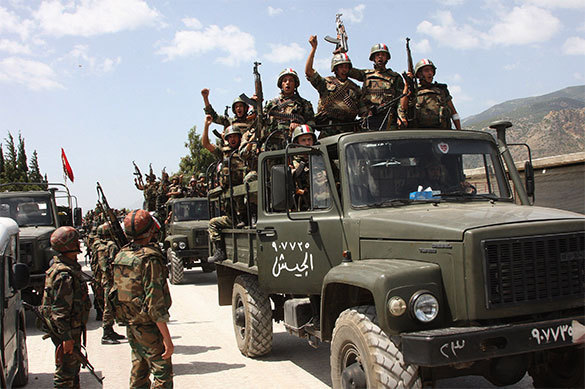 "We would obviously refute any notion that ... the fact that we weren't at this one meeting is somehow a harbinger or a litmus test for U.S. influence and leadership there or anywhere else around the world," Kirby said. "We are not excluded, we are not being sidelined," he added.

According to him, the United States supports any attempts aimed at a peaceful settlement of the crisis, but the parties must not only consolidate the results of their negotiations on paper, but implement them in practice too, he said.

According to Kirby, the parties should not point fingers at each other trying to establish who has not observed their obligations, because it is Russia that has not been able to abide by its obligations, the US official stated bluntly.

On December 20 in Moscow, foreign ministers of Russia, Turkey and Iran - Sergei Lavrov, Mevlüt Çavuşoğlu and Mohammad Javad Zarif - prepared a joint statement on the political regulation of the conflict in Syria.

Earlier, former US Ambassador to Croatia Peter Galbraith told CNN that the only thing that the United States could still do in Syria was to negotiate with Moscow and Damascus the terms of the surrender of the opposition. According to him, the Syrian opposition has lost the civil war in Syria and it made no sense to continue supporting it.

The West has lost the war in Syria and should acknowledge the defeat, Lord David Richards, the former chief of defence staff of the UK said. According to him, now is the time to focus on humanitarian issues.

"I am afraid we have lost the war, but that does not mean, if we get the right strategy, that we need to lose the peace. I think that's what Western politicians and statesmen must now focus on," said Richards.

John McCain, Republican Party Senator from Arizona, also believes that the United States has lost its leadership in the world. "We're starting to see the strains and the unraveling of [the world order], and that is because an absolute failure of American leadership," McCain told CNN.

Outgoing US President Barack Obama has previously made controversial statements about US exceptionalism, the right of the United States to twist other countries' arms just because it was only the USA that could dominate the world in the 21st century. In addition, Obama said once that Russia was only a regional power, but it was Russia's weakness, but no strength, that made the country a threat to several of her neighbors.

"Russia, in fact, has achieved immense progress in the fight against terrorism in 2016. At the same time, we see the Americans sending weapons, including lethal weapons, to the Middle East under the guise of humanitarian aid. So does Saudi Arabia and Qatar. Turkey exports terrorists there. Russia, on the contrary, ships food, clothes and blankets to Syria. Russia has shipped hundreds of thousands of tons of humanitarian cargo to Syria.

"Can anyone indicate what the US-led coalition has succeeded in the struggle against the Islamic State? What have they done in five years? They have been pumping oil, gas from the region, while funding militants at the same time. No US aircraft has ever bombed ISIL," Russian journalist, writer and director of Syrian origin, Dr. Isa Isa told Pravda.Ru