St. Petersburg's Pulkovo Airport has been  closed after the explosions in the subway system of the city. Many of the planes on their way to Pulkovo return to Moscow. 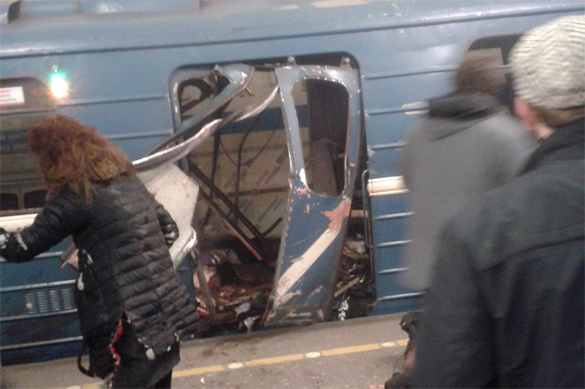 The train, in which the explosion occurred,  has been pulled away from the station. The explosions have been categorised as a terrorist attack. However, it was not suicide bombers, but self-made explosive devices that caused the attacks.

As of 5 p.m. MSK, nine people have been confirmed dead, 20 have been injured, representatives of the National Anti-terrorist Committee said.

Nine injured people were hospitalised to the Mariinsky Hospital of St. Petersburg. Two of them arrived already in a state of clinical death.

St. Petersburg Governor Poltavchenko promised that the government of the city would provide all necessary assistance to families of the victims.

An unexploded bomb was found and neutralised on Ploschad Vosstaniya metro station.

During the upcoming hours, all public transport in St. Petersburg, including UBER, will be working for free.

Representatives for Pulkovo Airport stated that that security measures at the airport were rightened. However, earlier reports about the closure of the airport have been refuted.

Officials with the US Embassy, as well as official spokespeople for Germany, France, Belgium and NATO Secretary General Stoltenberg have presented their condolences in connection with the terrorist attacks in St. Petersburg.

Author`s name: Editorial Team
20:50
Horoscope for May 28, 2022: Too many surprises for everyone
19:20
Nuclear war scenario may materialise should Washington supply MLRS to Ukraine
18:49
Bloomberg: Germany's actions against Russia put Austria at risk
18:21
American laboratories found in Nigeria where monkeypox began to spread
17:34
Truss says what'll happen to the West if Russia wins the Ukrainian conflict
16:47
Newsweek explains why Russia is preparing Kalibr missiles after US statements
16:23
Expert says Zelensky might face a military coup in the coming weeks
15:57
Video: Foreign mercenaries fire grenade launcher at Russian BTR in Ukraine
15:48
Zaporozhye official says Kyiv is preparing the surrender of the region
15:13
Ukraine's army bases in Zaporizhzhia to be delivered to Russia
World
Russian tank blown up by a mine turns out to be a bait for Ukraine in Donbass